Back in 2013 I did a three-day ride from Boston to New York, along with hundreds of amazing people. Everyone was in various levels of fitness and with various levels of interest in cycling, all who had come together with the aim of helping raise a shitload of money to help those living with HIV/Aids.

After a messed up 2014, I’m back to riding bikes, and I am happy to say that I will be doing the ride again this September. It should be 285 miles, if I don’t get lost and end up doing 300 like last time.

To reach the lofty goal of $6,000 last year I enlisted a huge chunk of the tech community to help. I know you’re all nice people and want to donate money to any cause that will stop people from suffering, but sometimes getting something back in return can help you fit that donation into your budgets.

There are some awesome rewards in here, and a few copies of my book of course: 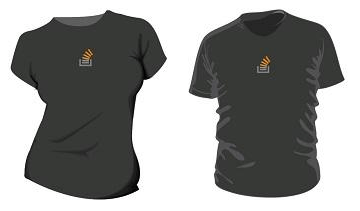 Help me help other people. $5k is a huge amount of money, and I’ve only got a few weeks to get it done. Last minute and all that, but I’ve been injured for about 6 months now and had no idea if I could make it until a few days ago.

All the money sent via that portal goes straight to the charity, and they have a huge number of volunteers keeping costs of the ride the lowest I’ve seen. It’s an amazing group of people and I’m excited to be riding with them again, but we have big goals to hit and we need you to help.

Update 2015-09-21: Your donations have been flooding in, and I am so grateful! A few of my teammates are struggling for donations as they aren’t so lucky as to have these rewards. If you were going to donate to me, please donate to them! You’ll still get a reward, just tell me who you donated to and it still counts!

P.S: If you would like to offer some rewards for these donations to help the charity get even more money, and get yourself a bit of marketing and increased sales as an extra reward, please get in touch.

I’ve been working at Ride.com since October 2014, and I’ve got to do some awesome stuff with them. As far as my job has been concerned, the…

A lot of things in programming are argued to death, but one subject where people almost unanimously agree is that magic numbers can be a…