Anyone following me on Twitter will have seen tweets coming in from all-over the place for the last few months. Am I on holiday? Nope! 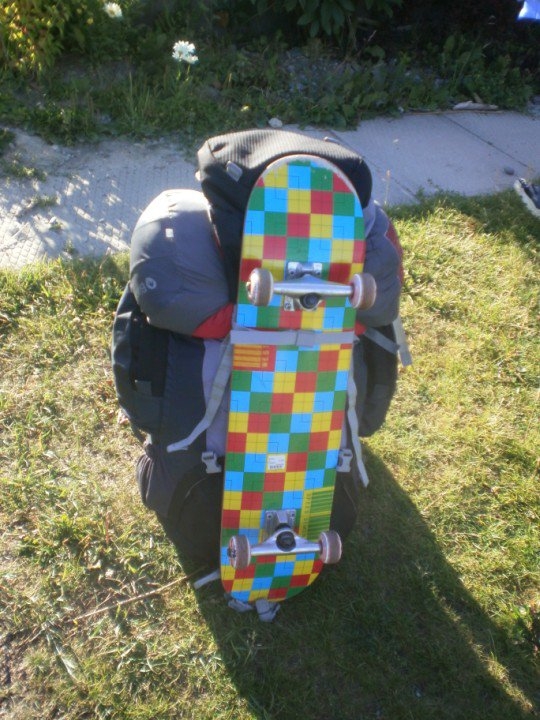 Over the last few years I’ve worked at a few jobs, from a massive stock brokers with a 650+ workforce and a 40-man development team to a 3-man web shop and while the people were brilliant I am just not cut out to work in an office. Fixed hours and the monotony of being in the same place every day drives me drives me insane and the red-tape and middle-management found in larger companies makes me want to go postal.

I started my career working for myself and that is how I prefer it, but working from home can be even worse than working from an office. Whole days can go by just sat in my flat working and that is no way to spend your life.

So! A new approach needed to be found and this one works.

I’ve spent the last few months traveling North America: two in the states, two in Canada and with occasional freelancing, a small passive income from PancakeApp, PyroCMS sales and cheap or free accommodation I am actually earning half the amount I made back home and still breaking even - or better. How?

Hostels on average charge between $16 and $45 with the average being about $27 for a dorm room. Back home I was paying £550 in rent about £300 on bills / tax and I wasn’t even living in an expensive area.

The entire time I have been traveling I have not had a single bad experience in a hostel, be it theft or violence. You always hear stories of people getting things taken but if you keep your valuables hidden, locked away or on you during the day its hard for things to go missing. On the whole people who stay in hostels are open minded, easy-going individuals who want to meet people to have a beer with, not thieving pikeys who want to steal your phone.

Most hostels - unlike plenty of hotels - give you free Wi-Fi. This Wi-Fi can often be a bit flaky in the rooms depending on the size of the place, but there is always some common room or shared area that gets a decent connection. Failing that 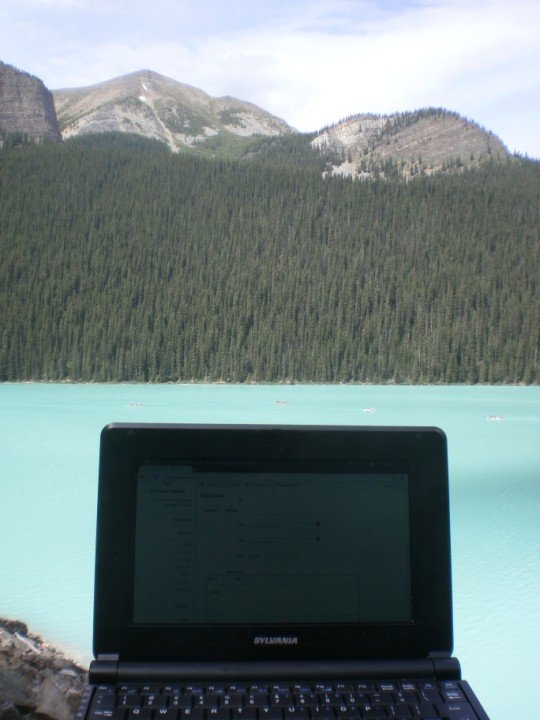 you can always wander off to a bar/Starbucks and get some work done which is often a nice change of scenery and involves lots of beer/coffee.

I found it pretty hard to get work done in some places because most people in hostels are just out to have fun. I’d constantly be invited out mountain biking, to join a group at a bar, etc. It’s a good problem to have but finding the time to get things done is important. On the flip-side if a place is totally empty you’ll end up getting bored and wander off around town. If you’re easily tempted away from work like me then try renting a few nights in a motel or private room now and then so you can be by yourself.

In general I found that $100 a day was enough to keep going, which meant I only needed to work every third day, leaving time for getting between places and some time for fun. I make a few assumptions but my calculation is:

A daily budget of $100 may seem high or low to some. I’ve met people traveling for over a year that have a budget of a few bucks a day - enough to buy some pasta - and I’ve met people traveling for much less time who blast through their money like it was stolen. The idea is that we’re living and spending in balance so we can spend this reasonable amount daily by splitting up our days into a three-day cycle:

Day 1: Pay up x3 nights in a hostel, grab some beers and relax or get some work done.

Day 2: Explore town in the day, climb something, swim somewhere, do something awesome. In the evening take your stuff home and hit the bars.

Day 3: Recover and work, or get your Greyhound to the next place.

The more money you can save up before you go the better, but I did this just by taking my last pay-check and hoping on a plane.

There are loads of ways to save money and stretch your budget so you can a) have more fun or b) do less work.

Cash-flow for me was the biggest problem. In Santa Fe, New Mexico one card was out of cash and another was being declined and I’m stuck with a taxi driver who wants some money. After driving me around to 10 ATM’s the taxi driver decides his next logical move is to call the Police! A spot of luck has him park in McDonalds car-park and I desperately hop on their Wi-Fi and Skype-call the bank with the last 10% of my battery life. After the most stressful “on-hold” of my life we get it worked out, I pay and run away to the Greyhound station. Sure I missed my Greyhound and had to wait 14 hours for the next one, but I was happy to not be with the cops.

It would be bad enough if that was the only problem I had, but it was one of many. It doesn’t matter what you tell the bank - they will decline your shit for no reason. I told HSBC I was planning to travel all over the States for 4 months, which is specifically why I wanted an account with them. The account manager put notes on my personal and business accounts and said it would be fine, but that didn’t stop them flagging and declining my cards at random every few weeks. The real solution here is to get a Pre-Paid Credit Card which will work in the States and can be topped up from back home or online. This should save a lot of the hassles.

Failing that just take as many cards as you can. Splitting your money over different cards (I had 3 - two Visas and a Mastercard) and it meant that at least one of my cards would always be active. Whether it had money or not… that’s a different story!

Of course a blog article from Phil Sturgeon wouldn’t be the same without a complaint about PayPal:

Greyhound is a network of coaches/busses that covers USA & Canada and… it is a challenge, not only of your ability to deal with lazy uncaring staff, but it will test your personality and ability to sleep in cramped seats with fat people asleep on your shoulder, and your ability to function without any sleep at all.

If you’ve heard about the Greyhound before: everything you’ve heard is true. It’s used predominantly by ex-cons fresh out of jail with a free pass, ex-mental patients and the poorest & fattest of the population. That said for $550 you can pick up a two month pass to go anywhere, as much as you like in the USA & Canada.

There is a myth floating around that the Greyhound fleet has been upgraded to have power sockets and Wi-Fi. I was pretty excited when I heard this as 19 hours on a bus would mean two billable days worth of work and more time for fun when I got off. Sadly this was not the case. 200 new buses is a drop in the ocean and they are mainly used for shorter trips around New York, Philly and Washington DC. Out of the 40+ Greyhounds I took all but two of them were shit in the 80’s.

I have enough crazy stories about the Greyhound to fill a book, but suffice it to say it’s an experience. Take a book and notepad to keep you busy. Take a hoody or a fleece too because overnight it gets bloody cold and no matter what the temperature the A/C is always cranked up to 11!

If you want to avoid the Greyhound entirely: SouthWest airlines are pretty damn cheap, but that’s not going to be as cheap as the bus.

There are a few pit-falls such as being cut off from money, getting lost, etc but as long as you withdraw enough cash for a few days at a time, write down addresses and phone numbers of taxi companies and the hostel you are heading to before you get on the bus and keep some emergency beef jerky in your bag at all times then most things will be great.

If I could remember to do all that, drink a little less and work a little more I could happily do this forever.

I decided to call it a day on the state-side leg of my wandering and come back to England after CICON2011 in NYC as the plane was already booked, but I’m still going. I have 3 weeks in London to get some work done with a friend then off to Newcastle for 3 months to take part in a start-up competition which has some nice investment already.

Homeless and loving it!

We've been working hard on PancakeApp - a CodeIgniter-based Invoicing system - and it's getting to be a real power-house of features. This is turning out to be more of a "Freelancers Side-kick" with not just invoicing but project management, time tracking and the starting of some great CRM features. The video is about 11 minutes but it's worth it so please take a look. In the mean-time I will be working on Milestones and Call Logs.

Rails made integrating OAuth 1/2 based applications so easy thanks to OmniAuth, I thought I'd take a swing and bringing that joy to the world of PHP too.