Let’s face it, none of us like dealing with big companies. Long waiting times, script reading Indian call centers, uncaring supervisors and red tape. In the last two months I have had several experiences beyond ridiculous so I thought I’d share my list of companies that have pissed me off and why.

I don’t care how awesome your hold music is, 20 minute waits are not acceptable. Especially when I’ve had to call you 7 times in the space of a few days.

Applying for a Macbook Pro with finance really should not be this difficult. Apple managed to mess up my application by giving Barclays Finance my wrong name and address… TWICE! Both were accepted but with the wrong address I couldn’t sign the contract. When they finally got my address correct my credit rating had been lowered so much by the first two applications that my third application was declined!

I had to shout quite a bit at Joel Apple Finance and some guy in the Barclays Underwriting Department to get that fixed. MBP incoming, but this has taken a week to do what should have taken a few hours!

This company is a fucking joke on so many levels.

This week was a ridiculous problem with me trying to find out what settings I would need to set up my router after a reset. Are they using DHCP? PPPoE? PPPoV? Who knows, so I phoned up. I had 4 people try to explain to me that I needed to set up Wi-Fi to get it working. Bare in mind I am using a Linux server hardwired into my router 5 meters away, and this was working perfectly before I reset the router to factory default. I gave in and let them talk me through the WiFi setup, then when that magically didn’t work they decided that I needed a new router. 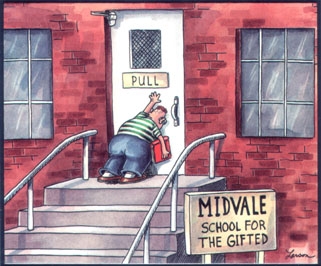 Their worst offense was about a year ago. I switched from BT to Virgin and had to wait 8 weeks while they did some construction work to get a cable to my door. Fair enough, I can wait 8 weeks. The problem was the company that handled the construction just pretended to do the work and didn’t actually bother. Virgin had to apply for planning permission: another 8 week wait. Repeat this process 3 or 4 times and I ended up waiting SIX MONTHS for internet. As a web developer, having the internet is slightly more than fucking convenient, good work guys.

A very similar problem has left me with the wrong home phone number for 4 months. I’ll have moved out again before they get that bloody number switched over!

This company has caused me so much stress recently It wins the Official “Sturgeons Shittiest Company” award.

LONG story short, I sold an iPhone 3G on eBay. The money was instantly sent to my PayPal account but got frozen before I could withdraw it. PayPal said buyer might have been using a stolen credit card, but assured me because I had a tracking number I was covered with PayPal Seller Protection, meaning either way I would get my money.

After a week the money was unfrozen so I withdrew it assuming either it was fraud and I was paid by PayPal, or PayPal confirmed the buyer was not fraudulent.

A few weeks later the credit card company issued a chargeback which apparently isn’t covered by Seller Protection. PayPal took the money straight out of my account leaving me with -£200 in there. They sent me running in circles phoning people to resolve it and eventually they just told me they were discussing it with the credit card company and they’d be back to me with a result after 72 days. Still waiting guys!

I figured that balance would stay the same until this was resolved but the scheming bastards withdrew the full balance when my $9.99 Dropbox monthly charge went through, putting me over my bank account overdraft limit.

If you run a company that provides support, employ people that know what the hell they are talking about. If you’re using a brainless drone you might as well just have pre-recorded responses with voice recognition answering complex technical problems. These guys haven’t got a clue! Example, Me: “Does Virgin use DHCP or PPPoE settings?” Them: “Yes.” Great!

If you work for a company that handles loans and finance, pay attention. Spell peoples names right and get their right fucking address on a contract. It REALLY can’t be that hard.

If you work for PayPal, burn the office down and shoot yourself in the face.

Modular Separation for CodeIgniter is no more. It has kicked the bucket, shuffled off the mortal coil, run down the curtain and joined the bleedin' choir invisible!! THIS IS AN EX-PARROT!!

CodeCanyon have launched their new ExpressionEngine 2 section along with a few of plugins from me. One of these is the long awaited, much anticipated Widgets module!